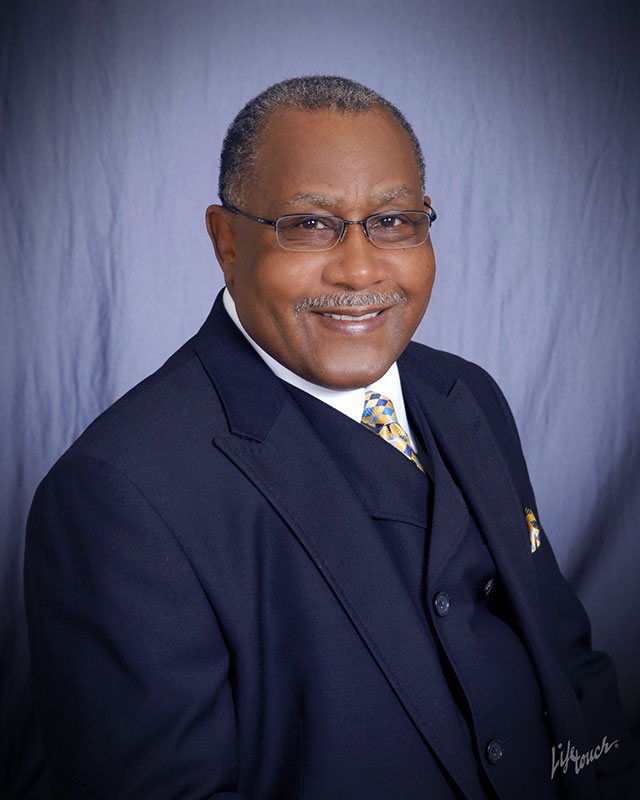 In 1983 he was called to his first pastorate, Genesis Missionary Baptist Church in Jacksonville, Florida, where he served until 1988. In 1988, he was called to pastor Evergreen Missionary Baptist Church, and he has been the pastor ever since. After his second year at Evergreen, the Lord led him to go full-time with the Ministry; leaving behind a civil service career of over 20 years. Pastor Washington was willing to sacrifice the stability of a civil service career in order to be obedient to the voice of God.

Dr. Leon Washington is a true man of God who is rooted and grounded in the Word of God and is on “fire” for the Lord. Under his spiritual leadership the Holy Spirit abounds; souls are being saved; and God’s plan for a dying world is being implemented. His central objective is "For the perfecting of the saints, for the work of the ministry, for the edifying of the body of Christ." (Ephesians 4:12). The evidence of his commitment is the establishment of long lasting ministries, e.g. Jail Ministry, Prison Ministry, Evangelism Team, Intercessory Prayer Team, Hospitality Committee, Women’s Ministry, Orientation Committee, Singles Ministry, Senior Saints Ministry, Noon-Day Prayer, Meal Share Program, Educational Scholarship Fund, Youth and Teen Ministries, Liturgical Dance, A Servants Heart Ministry, Tutorial After school Ministry and Summer Camp.

Dr. Washington has also worked diligently to improve Evergreen’s financial ministry. He was able to retire the mortgage on Sanctuary Number One, which now houses Precious Lambs Child Development Center. He has inspired Evergreen’s members to invest in the creation of a multi-million dollar campus which includes a new Sanctuary (worship facility) dedicated in April 11, 1999; and the Family Life Center (gymnasium, banquet facility, barber/beauty shop, bookstore, fitness center, roller skating, full-basketball court, recording studio, game room and classrooms that was dedicated in November 2005.

He was also instrumental in bringing a satellite of Beacon University (Beacon Institute of Ministry) to Evergreen in October 2005. Beacon University of Columbus, GA gave each school the opportunity to name their own school. Beacon Institute of Ministry was then renamed to South East School of Theology in August 2007. He also arranged to provide temporary housing for the Coastal Georgia Area Community Action Authority Day Care and Head Start Programs. The church also supports international ministry work.

Based upon a recommendation from Governor Sonny Purdue and State Representative Cecily Hill, the State of Georgia recognized Pastor Washington with a Proclamation for his outstanding work in the religious and local community. In February 2006, he delivered the devotional message before the start of the Georgia State Legislature meeting. This message was recorded in the Clerk of the House of Representatives, Devotions and Prayers Booklet for the 2006 Regular Session. Evergreen has hosted several national events, Coastal Celebration Crusade (2004); and Celebrate Recovery Southern Region Conference (2004). Lambda Tau Chapter of Omega Psi Phi Fraternity, Inc. chose Dr. Leon Washington as the Citizen of the Year (2009). Brunswick Chapter of the Links, Inc. honored Rev. Washington with their Men of Distinction Award (2011). Evergreen was the assistant host church for the 49th Annual Session of the Congress of Christian Education of General Missionary Baptist Convention of GA, Inc. held July 18-22, 2011.